Welcome to DakotaBroadcasting.com
Check out the Contest Page for all the latest ways to win 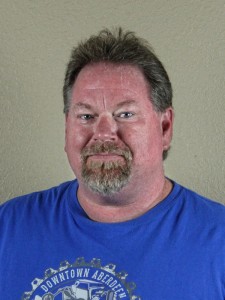 I was born in Aberdeen and grew up in Conde, Turton, and Doland. I was drawn to the microphone at an early age, performing my first paid appearance (as a ventriloquist!) at age eight. I knew early on that my career path was somewhere in the arts: I played the drums,sang,and was active in high school plays. I really enjoyed acting and was awarded theater scholarships to both U.S.D. and S.D.S.U. but in the end, radio won out. After attending a broadcasting school, I began my first radio job on July 1st, 1989, later moving to Aberdeen where I’ve been a fixture on local radio since 1992. I also operate a voice-over and production business of my own, voicing and producing audio for projects all over the world. I recently accepted an invitation to share my small-market radio experience in a series of feature articles for Radio And Production Magazine.

I grew up near White, SD and have been interested in radio since my time as a 4-H member, when the club got to   “takeover” the local station for a day once a year.  I   attended both USD in Vermillion and SDSU in Brookings before   graduating from SDSU in 2013. I was lucky enough to be involved in University radio at both KAOR at   USD and KSDJ in Brookings, hosting late night music shows. I moved to Aberdeen from Sioux Falls, where I gained radio experience working on both music and news/talk stations.  When I get the chance, I enjoy spending time discovering new music and watching Twins and Vikings games.  You can hear me mornings on 105.5 FM or doing play-by-play and color commentary during local sports seasons. 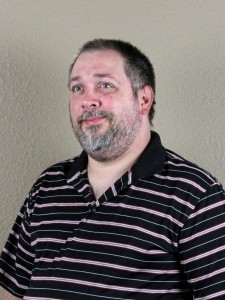 I was born in southwest Missouri in the early 1970’s. I was raised in the small town of Carthage. Carthage is most famous for the marble that is mined there. I began my career in radio in Carthage in 1991. After 7 years I moved to Fayetteville Arkansas in 1998 and in 2004 met my wife Melissa and moved to Aberdeen. I have 2 children and I love being in Aberdeen. 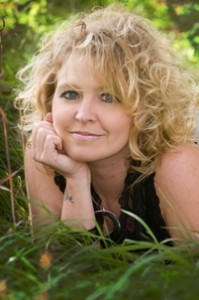 My experience in the media industry includes every aspect of commercial radio. As a broadcaster and producer, I have created award winning marketing campaigns in local, regional, and national markets. I am a free lance writer photographer and former recording artist. I am also a HUGE KC CHIEFS football fan, volunteer for the Special Olympics, and love motorcycles.Listen to me Monday through Friday from 2-6 PM on Killer Hits 107.7 The Shark!

Afternoons With Heather B - Monday-Friday 2-6 PM

Heather B started her radio career as an intern for Ryan Seacrest in Los Angeles, California. She’s lived all over North America for work and couldn’t be happier to join the team at 105.5 Maverick FM!  Heather can’t sing a note to save her life but loves doing Karaoke anyway. What she lacks in skill, Heather makes up for in stage presence, so she says! Heather enjoys Concerts, Trivia, Horror Movies, Beach vacations, cuddling with other people’s dogs and flying home to California see her little nephew any chance she gets! 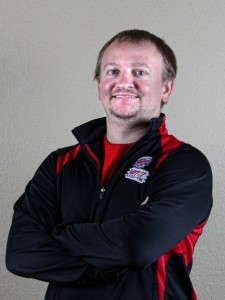 I am the information director at Dakota Broadcasting, covering news and sports while providing play-by-play and color commentary. I am from the small town of Wheaton Minnesota which is located on the way western side of the state, right next to North and South Dakota. I have wanted to work in radio since I was in high school and got my first experience doing the Wheaton high school news on a local radio station. I went to college at North Dakota State in Fargo where I graduated with a degree in broadcast journalism. I was the News Director at the campus radio station KNDS for two years and was heavily involved in sports while I was there as well. I came to Aberdeen from O’Neill Nebraska, the official Irish Capital of Nebraska, where I was the sports director for KBRX radio. I’ve enjoyed my time here in Aberdeen mostly because the people in the community have made me feel so at home. You can hear me every morning on both our morning shows providing both news and sports. You will also hear me doing play-by-play and color commentary for local sports when the season gets going again.